One day I got an old 1-unit Intel server from my friends. It’s dual Xeon 2.8 GHz 32-bit machine from early 2000s and it supports only 4 GB RAM. There is a hardware RAID with 2 HDDs which were quite fast for that time. The server was used in some serious networking tests, and I was told that the hardware is nearing the end of it’s life. 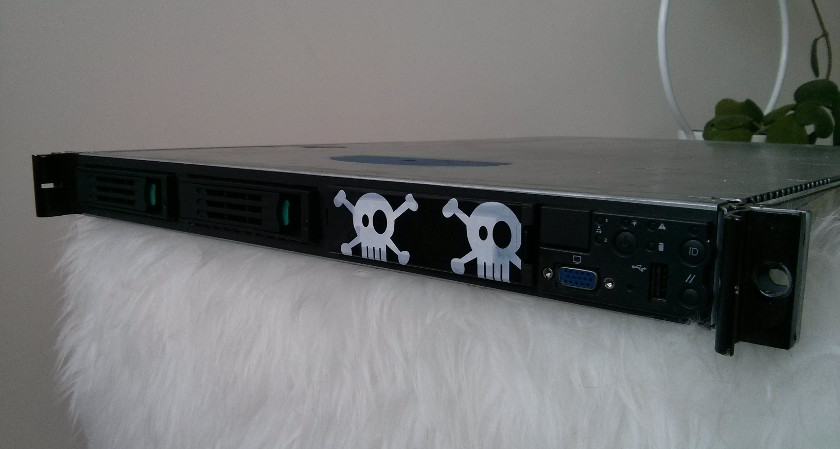 I thought I’d try to turn it into a virtual host machine, maybe test some VoIP stuff or at least just play with it. But I never had quite enough time to do anything about it and the server ended up dusting in my closet for over a year.

So, last week I finally got my hands on it. I never tried to boot this monster and was not even sure if it actually works. It worked, but there was no OS on it. “Ubuntu!”, I thought, stuck a bootable flash-drive into a USB port. After several minutes of constantly rebooting and banging my head against its BIOS, I finally gave up. It looked like the server could not recognize my USB 2.0 drive at all.

“Alright, maybe it can do PXE-boot”, I thought while looking at its boot messages. I used PXE boot back in the university to boot same OS on all computers in a lab.

In theory in order to boot a system with PXE you need a local DHCP-server which can provide a bootable image upon client’s request. I did not want to go over the lengthy path that they propose in Ubuntu wiki. I have an Asus RT-AC66 router flashed with a custom Asuswrt-Merlin firmware and it supports not only DHCP, TFTP but also it provides PXE boot for network devices!

So all I needed to do:

In case anyone wants to repeat my setup, here is what exactly you need to do to configure the router:

That’s all! Now you can boot anything on your network, provided there is support for PXE on your devices.

My server happily accepted network boot option and I installed Ubuntu from a flash-drive plugged into my router!

The only problem is that it’s so noisy that I hardly can sit in the same room when it’s on. >_<